If you’ve existed for your entire life without experiencing the lyrical genius that is Trinidad James and his hit song “All Gold Everything”, I’m sorry for you. But have no fear, for this is your lucky day.

You see, since dropping the single “All Gold Everything” — which, as you may have guessed, features Mr. James describing all the gold he wears — in late 2012, he has teamed up with fellow ATLiens 2 Chainz, Young Jeezy, and T.I. for what is an equally spectacular remix.

So which version is better, the remix or the original? Let’s break down both of these songs, and their respective music videos, in order to find out.

“All Gold Everything (Original)”

Co-starring:  A bunch of dudes with blurred-out faces that Trinidad James presumably knows.

Introductory Line:  “Haha, this shit sound like double-oh-seven on N64 or some shit.”

Number of All Gold Bicycles:  1 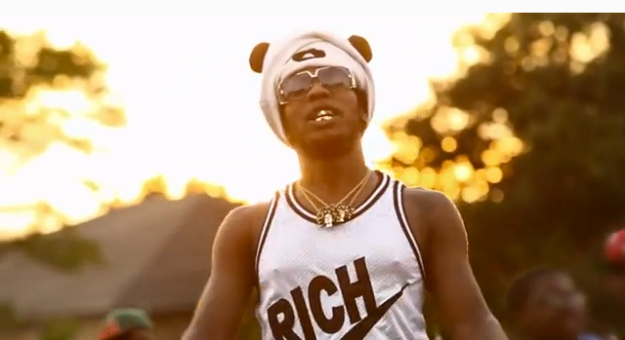 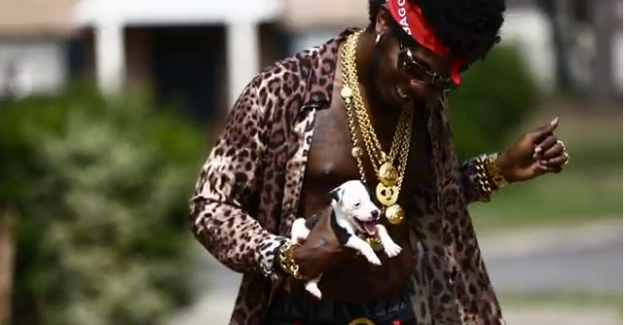 Never mind. This one wins. Look how HAPPY that puppy is!

Number of In-Home Dice Games Presided Over by a Man Wearing Polo Pajama Pants with a Gun and Thousands of Dollars in His Lap:  Just one.

Least Memorable Part of the Video:  Nothing. Everything was exceptional. And gold. And exceptionally gold.

“All Gold Everything (Remix)”

Co-starring:  A bunch of dudes without blurred-out faces that these men presumably know, as well as two scantily clad women.

Introductory Line:  “Yeah, you already know, man. It’s your boy. T-J. Ain’t do no verse on my shit. Alright, kill it.”

Number of All Gold Bicycles:  1

Number of Puppies:  Sadly, none.

Creative Genius Award Goes To:  The person who chose to make half of this video consist of footage of the video being shot.

Also, whoever booked this guy:

Number of Chains Worn by 2 Chainz:  Several more than two.

Color of Chains Worn by 2 Chainz:  All gold.

Best Choice of Attire:  2 Chainz with the eye patch plus Trinidad James rocking the Trinidad & Tobago bandana once again. 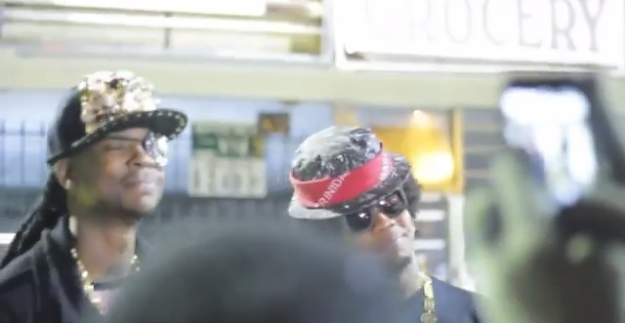 Bandanas truly are a versatile accessory.

Hit your girl with my chains on, so that’s gold all on her back.

Gold all on my WATCH. So big, it’s like a CLOCK.

Some people wear fox fur, on the Source cover I wore a fox.”

Although, that’s not really even the point, because when it comes to Trinidad James and his gold (every)things, everyone is a winner. You, me, and THAT PUPPY!